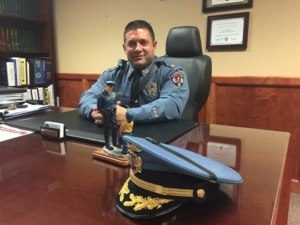 DUI Enforcement and Prevention remains a top priority for the Lacey Township Police Department. The danger presented to the public by motorists who choose to get behind the wheel of a vehicle while under the influence of alcohol and/or drugs is too often realized through a tragic motor vehicle collision. Several DUI arrests in Lacey Township have come as a direct result of a motor vehicle crash investigation, some crashes being fatal. In 2014, alcohol-involved crashes killed 9,967 people in the United States, accounting for 31 percent of all motor vehicle traffic fatalities. An average of one alcohol-impaired driving fatality occurs every 51 minutes.

While the penalties for a DUI offense are severe and pose a great hardship to the offender and his or her family, that hardship pales in comparison to the negative impact DUI has on innocent victims and their families. Throughout 2017, the Lacey Township Police Department will continue to detect and deter DUI offenders through both DUI enforcement patrols and approved DUI checkpoints. We will be working with our partners in law enforcement throughout Ocean County to conduct these DUI patrols and checkpoints. The intent of these extra DUI patrols and checkpoints is to make the roadways in Lacey Township as safe as possible for the motoring public.

There is zero tolerance in Lacey Township for operating a motor vehicle while DUI.  If drivers are caught operating their vehicle while impaired by drugs and/or alcohol they will be arrested, period!  A first-offense DUI conviction will result in severe penalties, including but not limited to: a driver’s license suspension and fines, along with potential towing and impound fees as a result of John’s Law.

To avoid the consequences of being arrested for driving under the influence, the Lacey Township Police Department recommends that those planning on going out drinking alcohol to designate a driver who will not be drinking, or utilize public transportation. Additionally, you can spend the night where the activity or party is being held.

Please, if you see an impaired driver on the road, contact law enforcement immediately.