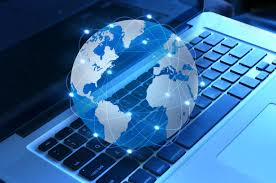 Internet Harassment – The general public should be aware that the instances of harassment through social media and the Internet have continued to be an ongoing concern even after the passage of the New Jersey laws which  criminalize some of the behavior. Most recently, an individual, under a false name, posted a very calculated and purposeful comment attached to an article that was published on a local Internet media outlet. The false posting was very inflammatory, as it openly criticized special needs students in the high school. What was immediately evident in an objective assessment of the posting as well as subsequent postings under that same fake name, was that the writer had a clear intent to direct a very negative backlash against a Lacey Township High School senior. The postings were clearly written to prompt negative attention and illicit an angry response from the public. This was evident in the fact that the person posting under the false name purposely used very detailed descriptors of an actual high school senior. It appears to have been done with the intent of others quickly, but falsely, identifying the student being described as the writer of the inflammatory remarks. In other words, the person posting the inflammatory statements wanted others to believe it was actually coming from a particular student. It appears the intent was to initiate a very visceral response thereby causing great harm to the unknowing teenage student.

Unfortunately, and hopefully unknowingly, others were more than willing to accommodate the person who set out to harass the young female student. As has happened in other instances, many in the public took the bait set out by the harasser and began responding to the inflammatory posts as if the posts came from the student who was essentially being impersonated. The angry responses ranged from what appeared to be other students as well as some adults, including some identify themselves as ‘professionals.’ While the initial inflammatory comments were clearly very well crafted and written with the purpose to deceive the public and the media, it quickly became apparent that the posts where not legitimately coming from the student being described, yet the backlash unfortunately continued.

The general public should be aware that there are Internet users who are very knowledgeable in the technological aspects of the online media outlets and the corresponding posting of comments. The knowledge of such technology may lead to an increasing number of purposeful and strategic efforts to harm others through false postings. The hope is that through awareness, members of the public will increase their level of scrutiny when reading an inflammatory post before furthering the negative objective of the person publishing the false post.

There are many people who ‘troll’ the Internet with the intent of randomly posting very inflammatory comments to create controversy. This particular incident differed in that the false posts appear to be specifically designed to cause harm to a teenage student in the high school. It should also be noted that anything transmitted electronically is never truly anonymous. In serious criminal matters, and most commonly, the process of civil litigation, information can be obtained as to the point of origin of any comment posted on both social media and the online media outlets.

As stated, this is not an isolated event, but is representative of what is occurring on a more frequent basis via social media and the Internet.   – Chief David A. Paprota, Ed.D.