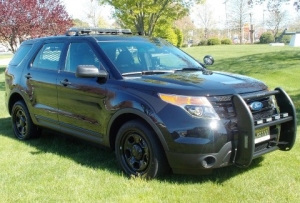 Drug Arrests – On Friday, January 13th, 2017, at 3:25 p.m., the Lacey Township Police Narcotics Unit conducted a traffic stop on Alpine Street near Trenton Avenue in Forked River. An investigation at the scene resulted in the discovery of 65 bags containing heroin. The discovery of heroin led to the arrest of the driver, identified as 33-year-old Heather McMillan of Marine Road in Waretown, NJ, and two passengers, identified as 25-year-old Matthew Madelino of Buena Vista Road in Forked River, and 36-year-old Gerard O’Connor of Beach Boulevard in Forked River, for Possession of CDS. A short time later, Lacey Detectives executed a search warrant on the 800 block of Buena Vista Road in Forked River. The search yielded several medications including Oxycodone and Suboxone, both not legally prescribed. As a result, 57-year-old Nancy Madelino of Buena Vista Road in Forked River was arrested for Possession of CDS. All four subjects were transported to police headquarters, processed and charged on a criminal summons with Possession of CDS. Each was released on their own recognizance pending a court appearance.