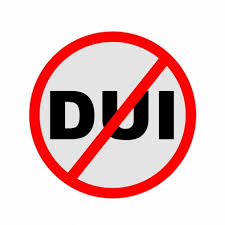 This weekend the Lacey Township Police Department will be conducting additional DUI patrols for Saint Patrick’s Day. Stealth-type marked vehicles will be utilized to conduct the patrols. Specifically dedicated Drunk Driving Enforcement Funds (DDEF Grant) allows for these additional DUI enforcement patrols.  The intent of these extra DUI patrols are to make the roadways in Lacey Township as safe as possible for the motoring public. There is zero tolerance in Lacey Township for operating a motor vehicle while DUI.  If drivers are caught operating their vehicle while impaired by drugs and/or alcohol they will be arrested. A first-offense DUI conviction will result in severe penalties, including but not limited to: a driver’s license suspension and fines, along with potential towing and impound fees as a result of John’s Law.

To avoid the consequences of being arrested for driving under the influence, the Lacey Township Police Department recommends that those planning on going out and drinking alcohol should have a designated driver or utilize public transportation.

Several DUI arrests in Lacey Township have come as a direct result of a motor vehicle crash investigation.  Some of these crashes have resulted in a fatality. In 2017, alcohol-involved crashes killed 10,874 people in the United States, accounting for 29 percent of all motor vehicle traffic fatalities. An average of one alcohol-impaired driving fatality occurs every 48 minutes.

As always, buckle up for every ride, regardless of where you are sitting. It is the best defense against impaired drivers. Thank you.